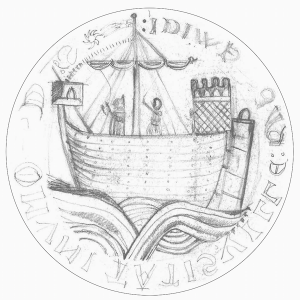 The Ipswich Charter Hangings were commissioned by the Ipswich Arts Association to celebrate the 800th anniversary of the granting of a Royal Charter to Ipswich by King John, and are a major artefact celebrating the history of Ipswich.

The eight panels that make up the complete work were
researched and designed by Isabel Clover, a lecturer and tutor at Suffolk College renowned nationally for her ecclesiastical embroidery. They were produced under her direction by current or former City and Guild students.

The involvement and support of companies, civic societies, and individuals was essential to the creation and ongoing life of the hangings. Eight principal sponsors supported their creation, each being credited with a specific panel.

The video (4min) gives an introduction and overview of the Ipswich Charter Hangings:

It is open to the public on the following days and times;

Book and Postcard Sets
To support the Charter Hangings, a fully illustrated book and sets of postcards have been produced. In the book Isabel Clover gives a fascinating overview of the whole creative and working process plus historical information for each panel.
Local artist, Ferial Evans was commissioned to paint an illustrative map for the books centre page spread. The vignettes all depict buildings and scenes featured in the Hangings. Some of the illustrations are buildings as they are today; other buildings or scenes have long gone, creating a novel, somewhat whimsical air to the work. The original artwork is on display at St Peter’s.

Or by post, from the Ipswich Arts Association. Prices as shown above + P&P
Please contact Ann Cloke for details at:  charterhangings@ipswich-arts.org.uk

Ipswich Charter Hangings – a brief history.
Before arriving at St Peter’s, the Panels had been shown at venues in and around Ipswich and Suffolk. They have also traveled to France, to the town of Arras,(twinned with Ipswich) and to the United States, where they where displayed in Ipswich, Massachusetts and in Jamestown as part of the celebrations to mark the 400th year of the first settlement. The attention to historic detail, displayed with such high crafting skills and beauty has been appreciated and enjoyed at every venue.

“I should like to thank all the team for their hard work and support in the creation of the Charter Hangings.”  Isobel Clover.

St Peter’s by the Waterfront.
St Peter’s is one of 5 medieval churches, retired and sold for £1 each to Ipswich Borough Council in the 1970s and put into the care of Ipswich Historic Churches Trust. St Peter’s has been refurbished as a 200-seat concert venue and heritage centre. This was made possible by the hard work of The Ipswich Hospital Band in securing a major award from Heritage Lottery, along with grants from the Borough Council and Ipswich Historic Churches Trust.
Alongside the Charter Hangings, St Peter’s contains an exhibition of its history, spanning the last 1000 years, prepared by local historians and supported by the Colchester and Ipswich Museum Service. Roy Tricker has written a splendid booklet about the history of the church. This covers a similar period to the span of Ipswich history contained in the eight hangings. Artefacts from the original church include part of a superb, and very rare, 12th century Belgian Tournai marble font.

In addition to the opening times listed above, St Peter’s is also open at weekends for special events such as Ipswich Maritime and Heritage Weekend. Details at, www.stpetersbythewaterfront.com
If you are planning a special journey, please check the St Peters website, as occasionally opening times may be amended due to special events or maintenance work on the church.

Volunteers from various local societies and organisations supervise the opening and also oversee the sale of merchandise. 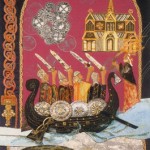 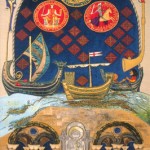 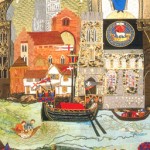 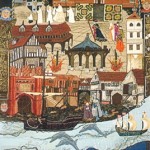 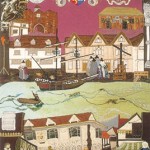 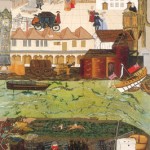 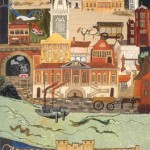 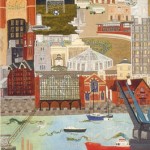 To protect and preserve them, each panel of the Charter Hangings is housed in an ash framed  glazed display case. Both the glass and display lighting used are designed to reduce the effects of UV light on the panels.

Location Map for St. Peters by the Waterfront 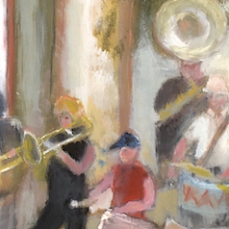 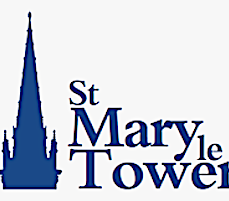 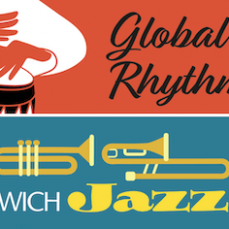 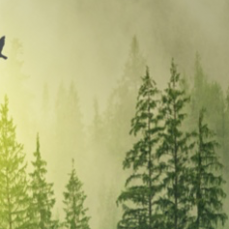 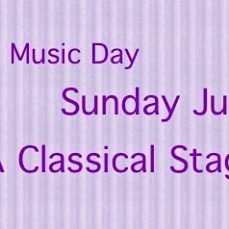 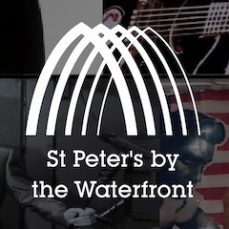 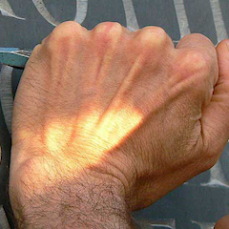 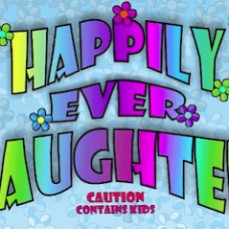